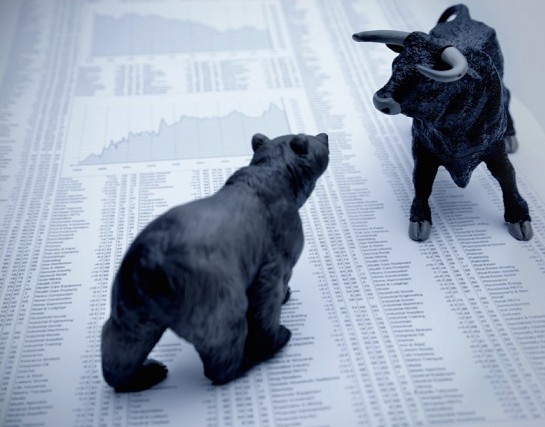 I almost never need to change the television channel, it is either showing Bloomberg, BusinessDay TV or CNBC. There are many regular interviews whereby money managers as well as financial advisors can express their views and opinion.

It’s very important for most people to seek guidance from a financial advisor / planner since many individuals don’t have the time nor interest regarding markets. What holds even more importance is the candidate’s knowledge because it is alarming for me to witness professionals from various highly esteemed financial service providers issue recommendations which are based purely on price and not fundamentals.

Over the past few months, many experts had answered that the South African Rand had depreciated to such an extent that it would not be wise to convert their discretionary savings to a hard currency such as US Dollar or Pound Sterling. On more than one occasion, no basis or factual information was provided other than the conversion rate seeming too high. These individuals clearly choose to instead be oblivious to many critical facts which would oppose their view:

Most of these points are facts, which together with the concerning rumour should cause the South African Rand to be extremely undesirable. I can only hope viewers did not consider the advice because they would have experienced a severe loss of their initial capital’s buying power. I have illustrated the long term as well as recently accelerating currency depreciation below: 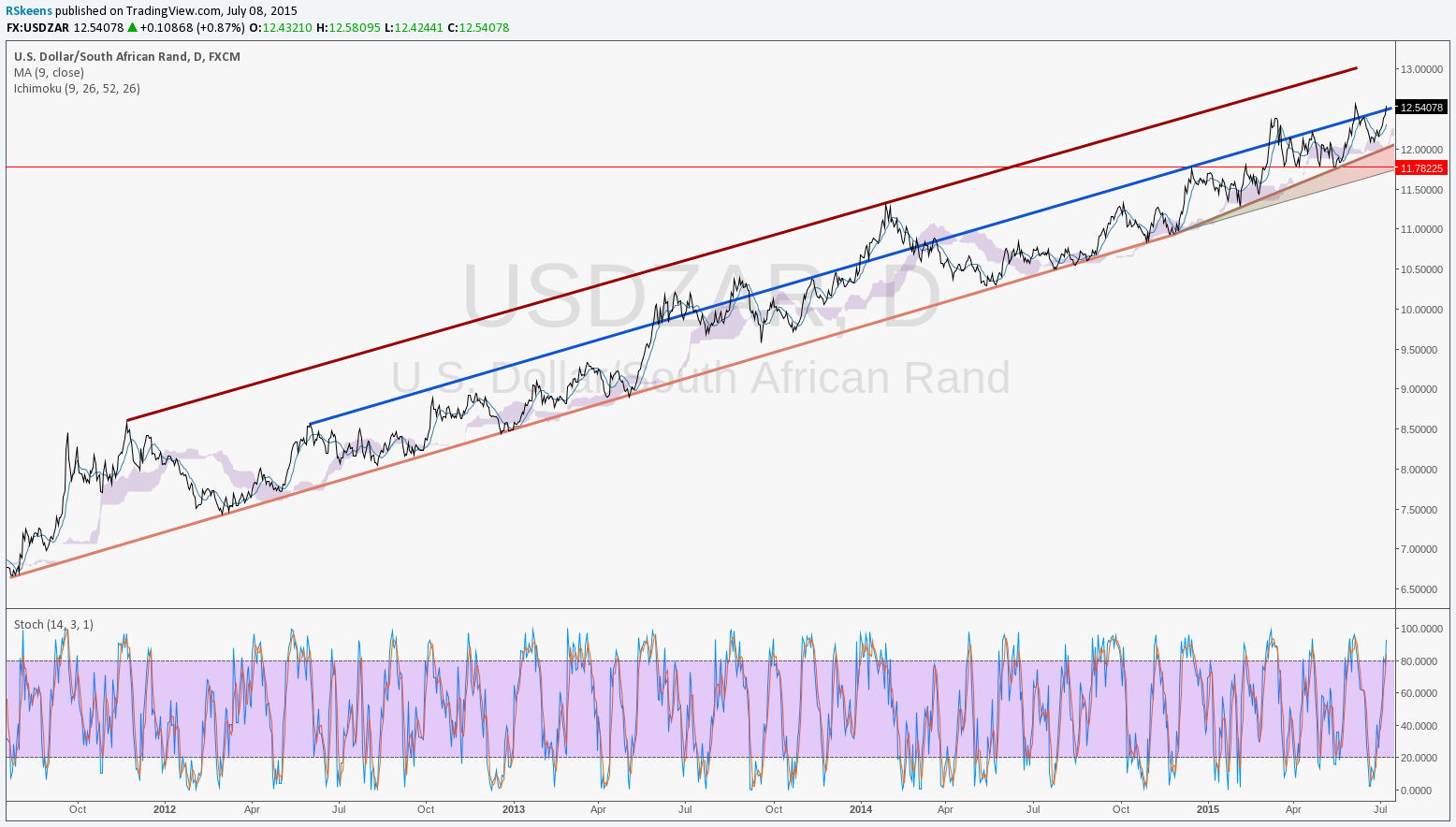 Their advice was to rather invest on the local stock exchange with a bias towards businesses which earn their income offshore. This approach holds some merit as per David Shapiro‘s “The Great Trek” but if you are investing on a stock exchange to primarily gain international exposure, then you’re most likely approaching it the wrong way – unless of course you purchase a counter such as Naspers to gain Tencent with their subsidiaries for free. Why limit yourself to a small amount of companies when there are so many greater opportunities elsewhere?

If your financial advisor ever issues advice simply based on price, then please seek a second opinion. The price of any investment is composed of the underlying future value dependent on broader sentiment. The current price means little before the sum of parts and future prospects are taken into careful consideration.

In my opinion, a more prudent piece of advice would have perhaps been to suggest that global listed property be considered either in the form of an index or even physically as residential with a fixed interest rate, especially at incredibly low levels currently. With most equities expensive world wide (or at the very least fair – valued) and diminishing bond yields from developed nations outside of the United States, it would have been refreshing to hear an alternative view such as this but very few financial advisors would suggest a better suited product if the company they represent don’t offer it.

Regardless of currency moves, one should always review and periodically rebalance based on logically sound expectations. The US Dollar won’t sustain growing strength indefinitely but for the time being I would follow the cycle rather than look through the cycle. There is a reason why the saying “don’t fight the Fed” is considered wise. 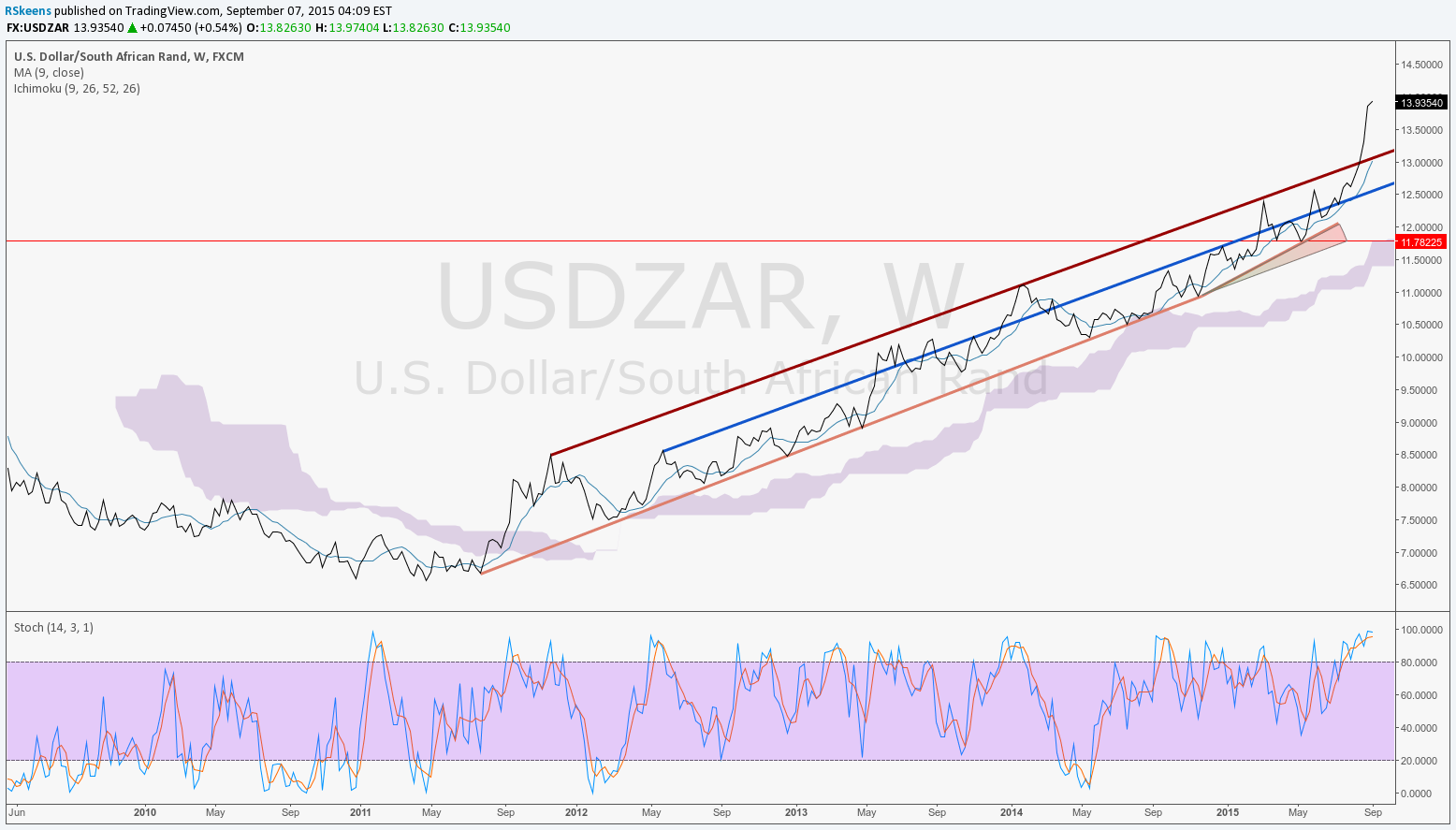 Congratulations all who seized the uptrend! My personal target for USD/ZAR is easily R15.00 as a minimum by year end and am buying the dips produced by a better than expected narrowed current account gap. I will continue to buy into any strength followed by profit taking after each double digit reversal.

Best of luck for everyone involved!